WHERE THE PROJECT BEGINS

YOUR YARD IS OUR PALETTE

Striving for EXCELLENCE, every time!

Located in West Chester, PA Froio’s Lawn & Landscape was born out of a desire to provide our customers with unmatched service and workmanship. We are a family owned and operated business and cater to your family’s needs. We are certified with the Commonwealth of Pennsylvania as a home improvement contractor and are licensed as a pesticide/fertilizer applicator. We understand the importance of expectations and make it our business to ensure that yours are met. We work diligently to make sure that you are 100% satisfied the first time — GUARANTEED.

Unlike most large landscaping companies, Froio’s Lawn & Landscape is comprised of landscape professionals committed to their customers and we take the necessary steps to ensure that their landscaping needs are met. With more than 30 years of combined experience, our staff is knowledgeable, professional and trustworthy and is able to perform an array of services to redesign, reshape and maintain your lawn.

We specialize in; landscape construction, lawn maintenance, spring and fall clean-ups, mulch installation, hardscape installations, low voltage lighting, pesticide and fertilizing applications, and MUCH MORE. We provide services throughout Chester County (West Chester, Exton, Downingtown, Chester Springs, Coatesville, Malvern, Paoli, and others) and our professionals will  work with you to help plan any project of any size. We offer flexible scheduling and provide NO OBLIGATION ESTIMATES to make your dream project a reality. At Froio’s Lawn & Landscape, we treat our customers like family and we always GO THE EXTRA YARD FOR YOU! 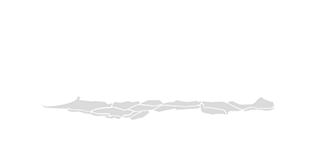 Located in West Chester, PA, Froio's Lawn & Landscape was born out of a desire to provide our customers with unmatched service and workmanship.  We work diligently to make sure that you are 100% satisfied the first time, every time. - GUARANTEED.

Subscribe to our Newsletter & keep yourself updated with out latest products & updates.

© Copyright 2018. All Rights Are Reserved by